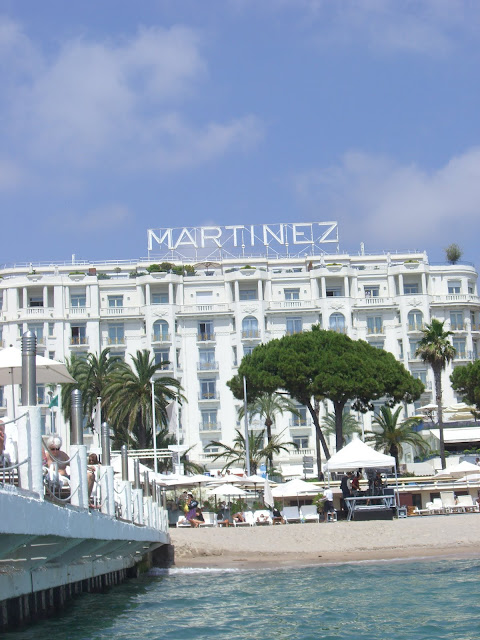 Cannes: playground of movie stars and European jetters.  I certainly felt like one when I checked in to our sea-view rooms at the Hotel Martinez.  The Art Deco hotel facing the brilliant turquoise Bay of Cannes on the fashionable Boulevard de la Croisette is one of the French Riviera's finest and its recently refinished suites are fit for a 1930s screen siren.  Our suite had four(!) balconies overlooking the hotel's pool and private beach, an alabaster marble bathroom the size of a small studio apartment fully stocked with Hermès toiletries, and the kind of closet a New York City girl would kill for.  I could have very happily spent the whole summer there, sunning myself on the beach while white-uniformed waiters delivered my chilled rosé.  Maybe someday. 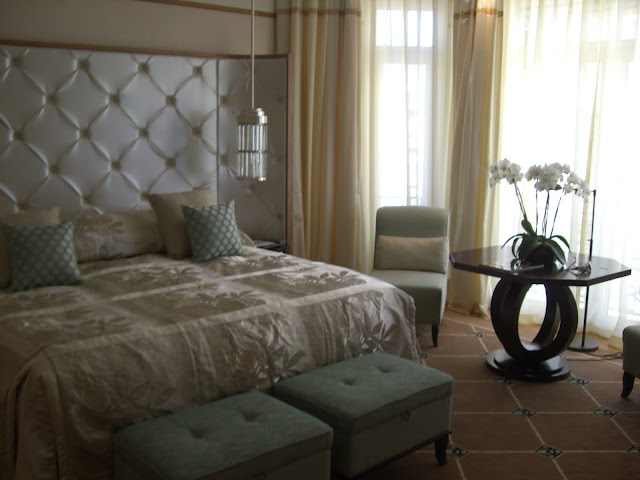 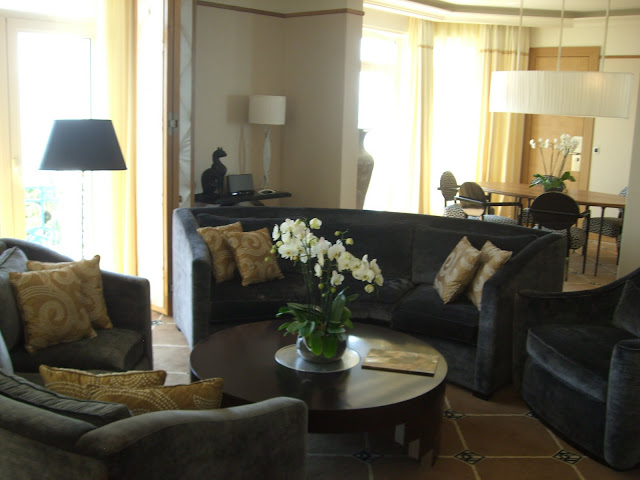 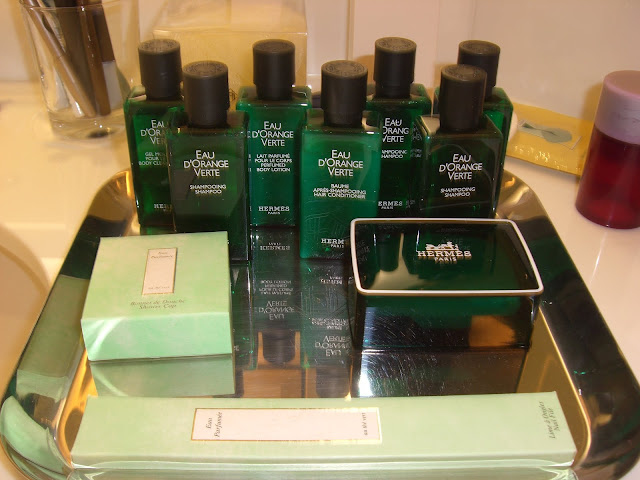 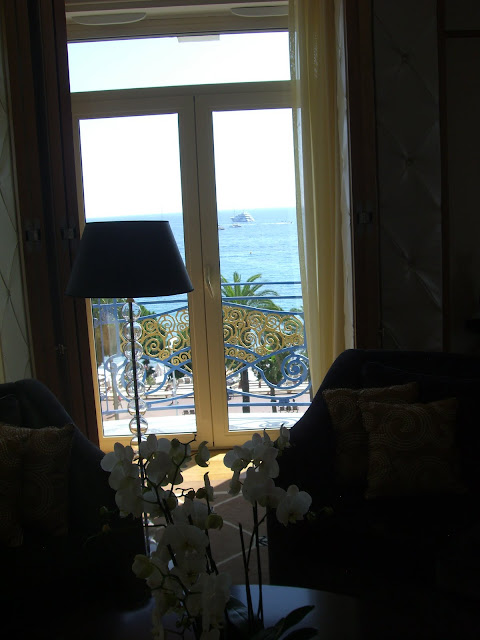 A note on Hotel Martinez's history, from it's website:

The site at 73, Boulevard De La Croisette has seen many incarnations of the building that is now known as the Hotel Martinez. It was originally a villa known as 'La Coquette' and built by English aristocrats during the real estate boom of the late nineteenth century. This villa was bought by the exiled King of Naples who renovated and extended the building to create the improved 'Villa Marie-Thérèse'. For the next fifty years it was to be the focal point for the socialite scene of Cannes.