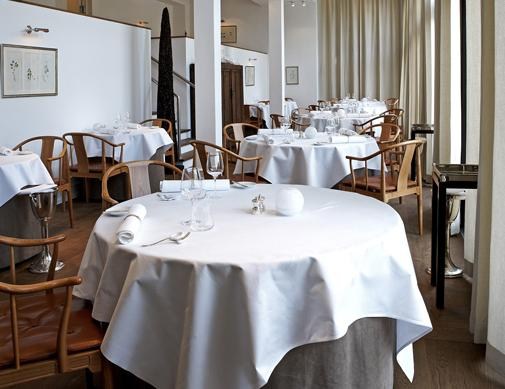 Somewhere between Alain Ducasse at the Hotel Plaza Athenee and Momofuku Ko, there is  Restaurant Herman, a phenomenal culinary experience at the Nimb hotel in Copenhagen.  With its open kitchen and spare decor, the visual interest is in the view of Tivoli Gardens from the floor-to-ceiling windows and, of course, in the food.  Our waiter, who told us he was studying to become Copenhagen's first Master Sommelier, guided us through the adventurous Danish-influenced courses...
Oysters resting on smoke-flavored gelee topped with pine-scented ice shavings, the most succulent fois gras accompanied by cherry marmalade and meringues, scallops in a mussel and chamomile bisque (consumed while a flood of chamomile scented fog poured over the table) and more.  Bread like I have never tasted before, with a thick, crunchy crust, was served with farm fresh butter and chevre. There was cold dill soup, veal,  North Sea turbot, an extensive selection of Danish cheese and a myriad of other small bites and amuse bouche.  Each course presented clear, unique flavors- all delicious- which when combined, produced a masterful meal.  Go! 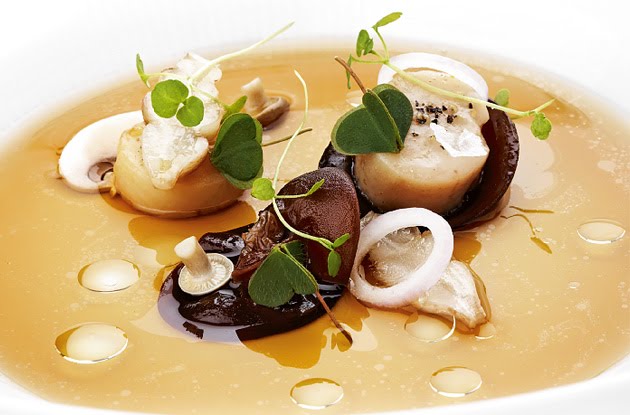 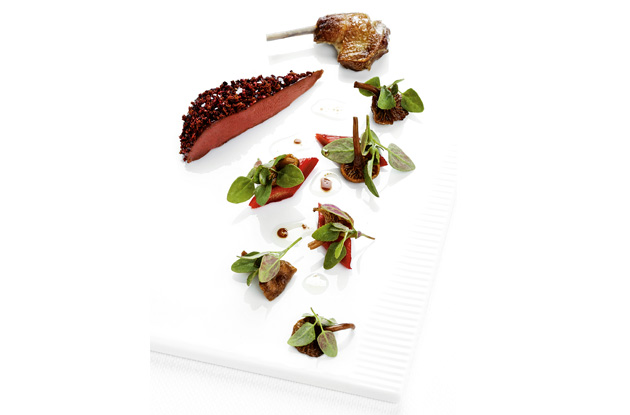 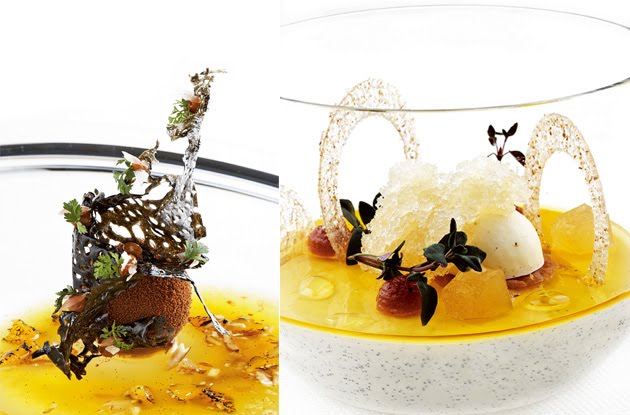 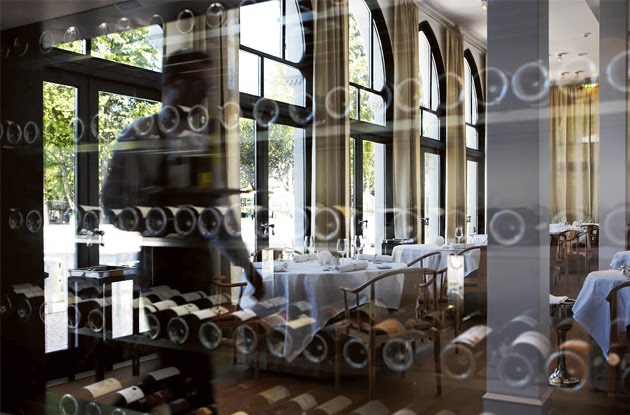